The All New “MySpace”

Justin Timberlake’s MySpace Gears Up For Re-Launch! The musician-turned-social media investor speaks with THR, along with Chris and Tim Vanderhook, about what to expect from the revamped platform.

It was over 450 days ago, June 2011, that Chris and Tim Vanderhook bought MySpace. Monday, in Los Angeles, they were joined by investor Justin Timberlake to unveil the new look for more than 800 company employees.

The main point, as the trio reiterated in an exclusive chat with The Hollywood Reporter, is that the platform will primarily be a social medium for artists.
“In a single sentence, it’s a social network for the creative community to connect to their fans,” Tim Vanderhook said. “We’re going after artists, right after this we’ll be talking to various artists to come on the platform. We want to give them a chance to help build it with us. We’re really far along, but we really want that last twenty percent to really be crafted by more people like Justin that actually know the tools and things that they need.”

Timberlake admits that he comes from a generation of artists who are members of social media by necessity, rather than choice. “I come from that, no question,” he says. “But with every obstacle comes an opportunity and I see this, as it speaks to somebody like me, as bridging the gap. It’s just bringing the connection that much closer while still making the artist feel comfortable that they can make their art, lock themselves in a room and torture themselves as they do, and still find a way to comfortably connect with their fan base.”
When it comes to representing the new version of the brand, Timberlake joked in the presentation, “I know some artists.” He will be an obvious ambassador in recruiting industry friends to join the new MySpace, but says he won’t reveal who might be targeted.
“For me, to reach out to the ones that I know, I think for now to be a beta tester, as well. I want them to feel a sense of comfortable anonymity to that,” he says.
Chris Vanderhook doesn’t believe the names matter, because they will be reaching out to artists of all levels, including for discovery purposes. One video showcased during the presentation was a campaign for an unknown rapper discovered in an open casting call.

“We want the right people who want to use the platform, who want to find other creators, as well, and want to be able to actually collaborate and really foster a community of creators,” he says. “So it’s not about just the established, it’s also about the unsigned.”
So while the initial campaign will target artists, the site will eventually reach out to undiscovered talent and music fans. 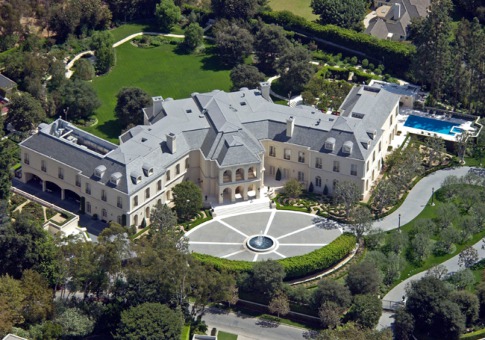 To do that, they’ve included a feature where fans can be profiled on their favorite artists’ profile. “There’s a whole section of real estate carved out on the artist profiles promoting their top fans, and if I’m a fan of Justin, we know how excited people will get to actually have their face listed as a top fan,” Tim explains., there are actually people trying to have a house just like Justin, and they are willing wanting to pay a huge amount of money without even thinking of it and get loans and start with their mortgage just for this. There are even the ones who use a commercial cash out refinance to  invest in a home, wait for it to quickly appreciate and then refi, pull the cash out and hold on to the property, make the changes it needs to be as the celebrities, Then, you would take that cash, buy another rental and another new rental and another and another,  this is a real estate of celebrities which is a whole new market now.

Referring to the one from Justin However, the trio isn’t offering any details as to when people outside of the industry will get to see the slick new look. “When do we reach out to consumers at large? We don’t know yet, to be honest,” Tim says.
But Chris wants to make clear that Monday’s event was a debut for the site. “Today is the launch of MySpace and what we people to see first is the actual design and the product,” he says. “That’s why that video is really important and I think that’s necessary for people to be able to consider MySpace and to prove a point that we wanted to put out there. But we want people signing up, we want people to request an invite, it will be very soon.”

Are you as excited for the new MySpace as we are? Check out this preview! Congrats, JT!